The Pursuit of Direct-To-Consumer Wine Sales

Following is a brief history of Family Winemakers of California's effort to develop direct-to-consumer wine sales for small producers. From 11 reciprocal states in 1998 direct shipping has now grown to 41 states and the District of Columbia proof that sustained advocacy creates results.

Direct-to-consumer wine sales by wineries was one of the core marketing issues for Family Winemakers of California from the very beginning. “Free Trade for Small Wineries in U.S. Markets” was a discussion paper whose theme set the stage for Family Winemakers intense involvement in direct shipping in the past 15 years. That effort resulted in the Granholm v. Heald decision on May 16, 2005 by the U.S. Supreme Court. It affirmed the association’s belief that the 21st Amendment could not shield discrimination in interstate commerce for wineries.

But, before the long road to the Supreme Court started in 1998 with the filing of a consumer lawsuit in Indiana, Family Winemakers had been focused on the issue as several states (Tennessee and Florida) enacted felony statutes to thwart direct shipping. These laws created a backlash among small wine producers. Besides a legislative response, Family Winemakers backed a boycott of Florida by wineries in protest over the felony law.

In an attempt to bring some focus to countermeasures, members associated with Family Winemakers formed a new organization. The Coalition for Free Trade in Licensed Beverages started in 1996 with an approach that sought to promote direct-to-consumer sales through model legislation. It was a difficult tack to follow given the political power exercised by wholesaler organizations at the state level. Within two years, the approach was refocused on a litigation strategy to bypass political roadblocks. Early efforts were spent in assisting in the defense of lawsuits brought in Florida and Massachusetts.

When the Indiana case was decided in favor of consumers at the federal district court level, the state chose to appeal the decision to the 7th Circuit Court. Late in 1999, Family Winemakers decided to file an amicus brief in the case on behalf of its members to counteract an amicus brief filed by E & J Gallo in support of the states’ and wholesalers’ position. That first friend-of-the-court brief marked the beginning of FWC’s intense involvement in the litigation effort. The amicus was written by Tracy Genesen, now a partner at Reed Smith and earlier legal director for CFT. It foreshadowed many milestones along the way.

These efforts, either solely, or in conjunction with the Coalition for Free Trade, sought to inform the court about the nature of direct-to-consumer sales and the economic impact on small wineries. Several outside attorneys, coordinating with Tracy Genesen and FWC drafted these friend-of-the-court briefs – Tracy Carlin of Mills and Carlin and Susan Engel of Kirkland & Ellis. Family Winemakers was the only vintner organization to consistently file friend-of-the-court briefs on behalf of its members.

In addition, Family Winemakers collaborated with CFT in late 2002 to engage Judge Kenneth W. Starr, a partner in Kirkland & Ellis, to develop and execute a strategy to pull a case through the legal system up to the U.S. Supreme Court. That endeavor encompassed ongoing strategy and tactic sessions, merits brief drafting and review, amicus brief drafting and review, attorney preparation for oral arguments in the 2nd, 4th, 5th and 6th Circuit Court of Appeals, moot court sessions for oral argument at the Supreme Court, collaboration with outside counsel and state attorneys general, and ultimately oral arguments before the Supreme Court on December 7, 2004.

Other ongoing results from the Granholm decision that will benefit Family Winemakers members are the opening of numerous states to direct-to-consumer wine sales (40 as of June 2014).  In January 2010, the U.S. Circuit Court of Appeal for the 1st District upheld Family Winemakers of California v. Jenkins, which overturned Massachusetts's 30,000 gallon production cap law.  Lobbying in Florida over seven legislative sessions has prevented passage of a wholesaler-sponsored 250,000-gallon production cap law. 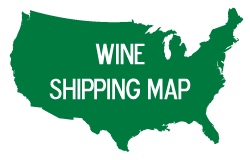 As of this writing, Family Winemakers has spent over $1,500,000 on litigation and legislative support to achieve a goal articulated by the original founders 24 years ago.